I worked on this project with Char Lewis to develop a prototype using a Teensy LC microcontroller, which is based on an Arduino and is written in the C++ language. The prototype was to build an escape-room-in-a-box proof of concept. The prototype itself had a 4 x 3 matrix keypad which required you to enter the correct code which had to be determined from other parts of the puzzle, such as a capacitive touch panel which would light up parts of the box in different colours. When entering the code an installed speaker would play small sound bites taken from The Addams Family movie, and if the code was correct this would unlock the box through a small maglock thus completing the puzzle.

I worked with Char to design the complete system, from sourcing suitable components, through to writing code to allow different sections to communicate as expected, and then soldering and installing the different parts to all work together. A project of this type was completely new to me, but it's one of the most enjoyable projects I've worked on in some time. It was a great learning experience to find suitable components and then develop using the Teensy LC/Arduino platform to allow everything to communicate with each other.

Throughout the project we had a number of issues, however this was mainly due to loose connections or limited understanding of the flexibility of the components which we sourced. In the end the prototype worked exactly as expected, and we also included a few additional features which weren't originally planned during the brief. The end result is something I'm really proud of and it's a type of project which I'm hoping to work on again in the future. 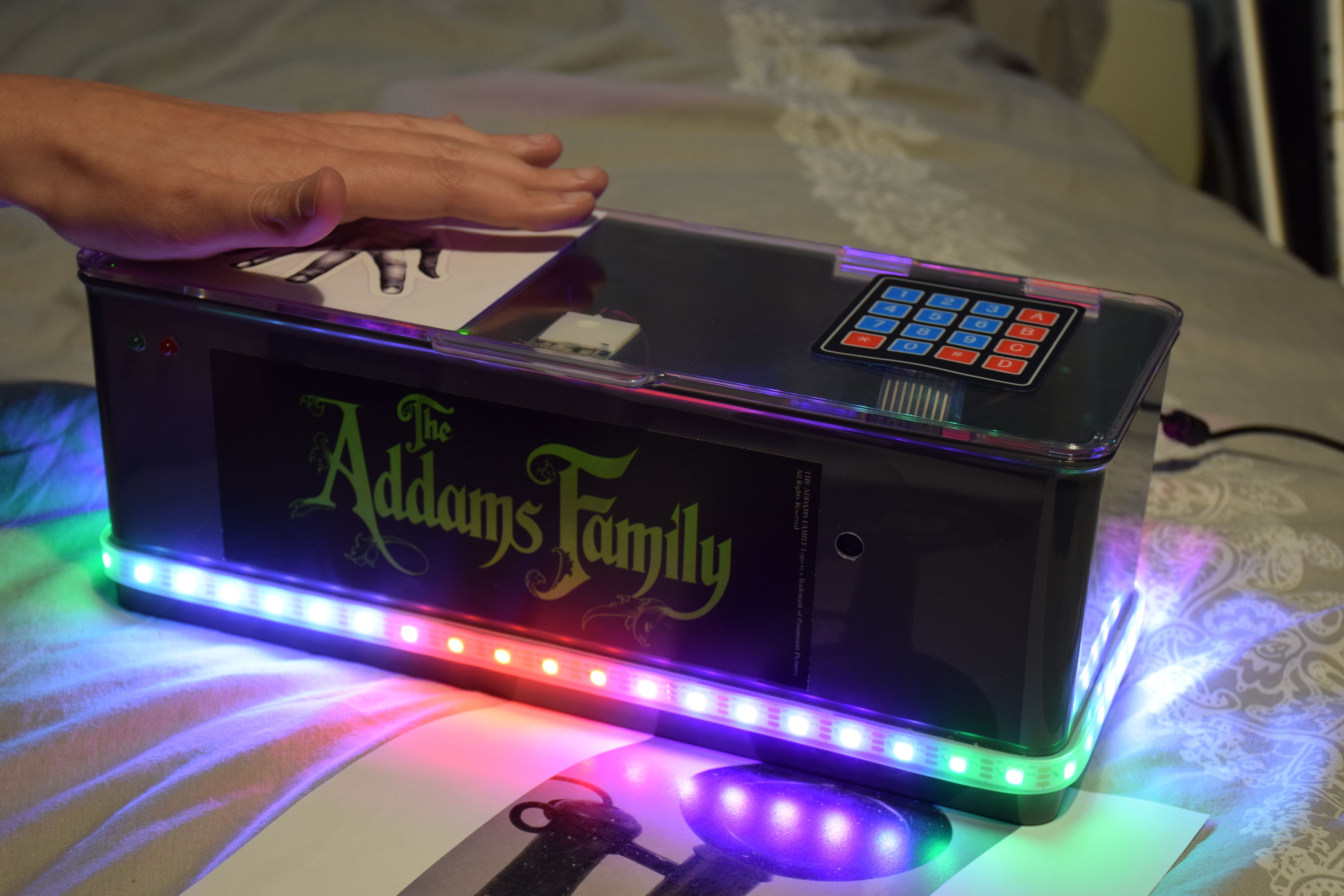