Lake By The Willows is fictional spa of which I worked from a design brief to create a website for to showcase to a potential client. The colour scheme and overall layout for the site were provided by another web designer, and my role in this project was to build up the site as per this design specification. As this was a demonstration the site created was a minimum viable product and as such didn't include too many complexities outside of building the site in line with the design brief.

The website was built using the Tailwind CSS utility framework as I have worked with it previously and can use it to very quickly build up a website. This site had a minimal specification and as such didn't have too many complexities included in the design, as such I was able to put the site together reasonably quickly. Overall I was happy with the end product and feel that, given the time constraints, a professional end result was achieved. 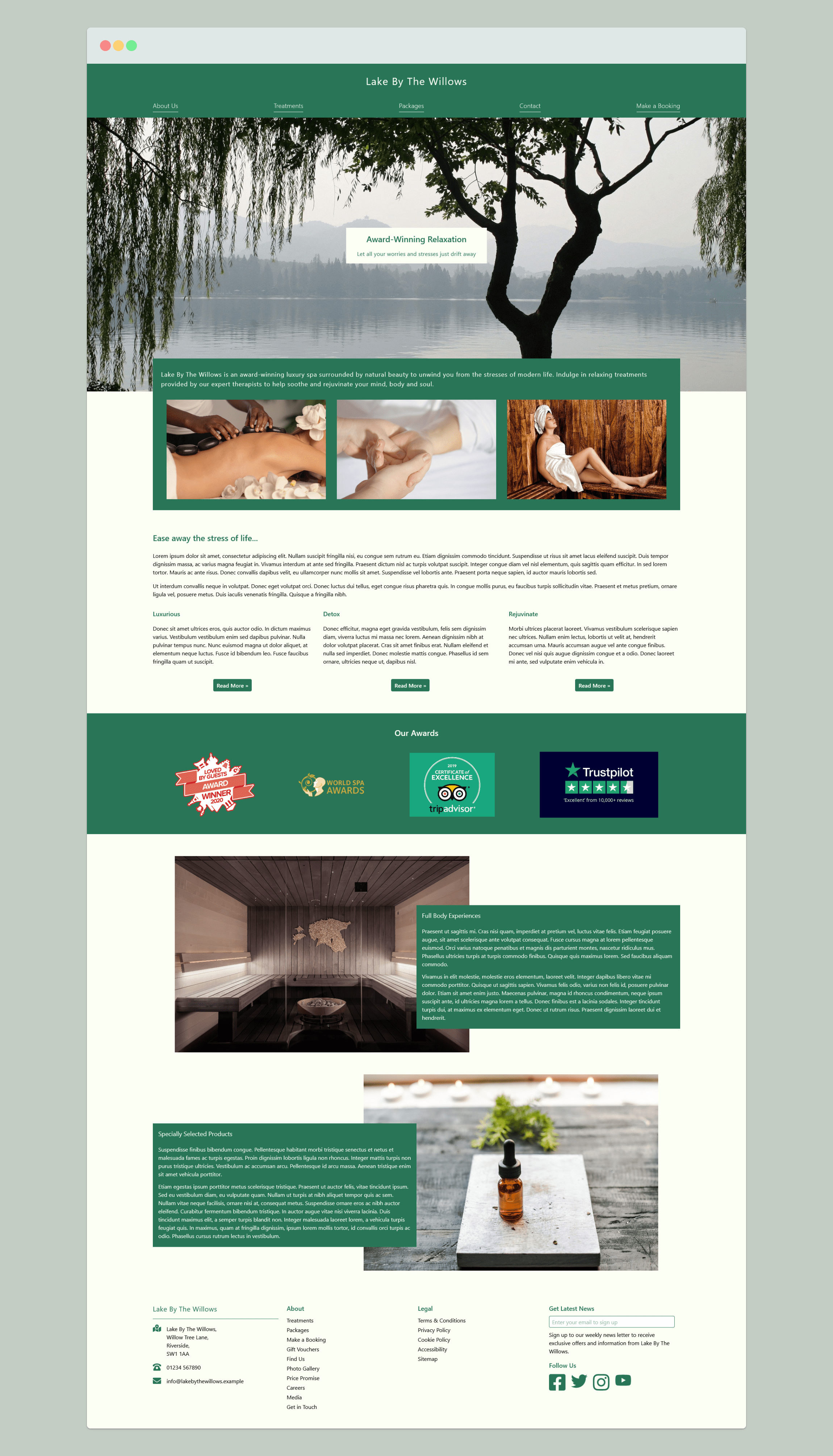